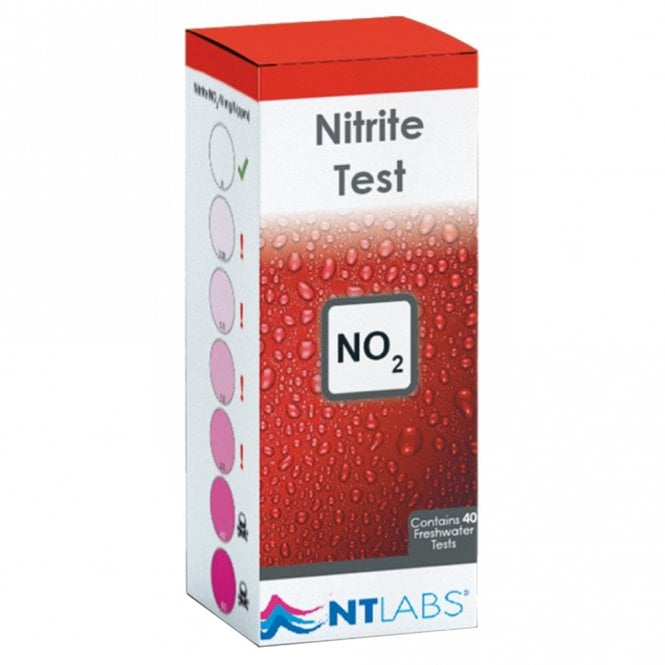 Nitrite is produced by the beneficial bacteria in the aquatic environment and filters as they break down the harmful waste of Ammonia excreted by the fish. Nitrite can affect the health of fish but is not as toxic as Ammonia.

What is Nitrite?
Nitrite is produced by beneficial filtration bacteria as they break down the harmful waste Ammonia excreted by the fish. Like Ammonia, it is not visible to the naked eye. Although it is not as toxic as Ammonia, Nitrite is still very damaging to the health of the fish. Nitrite itself is broken down into Nitrate, which is practically harmless to fish.

What is the correct Nitrite level?
There is no occasion where any Nitrite is tolerable in a pond or aquarium. A level of zero mg/L (ppm) should be maintained at all times.

What do I do if the Nitrite level is wrong?
If 0.25 – 0.5 mg/l (ppm) of Nitrite is found, then add NT Labs Filter Bugs for ponds or NT Labs Filter Starter for aquariums. If a level above this is recorded, then a substantial water change is essential. Change 25% of the water volume for 1 mg/l (ppm) Nitrite and 50% for Nitrite levels above this. If any level of Nitrite is detected use NT Labs Zeolite for ponds and NT Labs Aquarium Ammonia Remover for aquariums to remove Ammonia (and thus Nitrite) from the water. If you do record a Nitrite level, then it is important to check other vital water quality parameters, especially pH and Ammonia.

Showing our 2 NT Labs Nitrite Test Kit reviews with an average rating of Very Good. Would you like to write a review?
Review Summary - 4 out of 5 based on 2 ratings.
April 16, 2021 | Melvyn Hallam
Nitrite Test Kit

Good service I have used pond planet before and will again