X
This site uses cookies to provide and improve your shopping experience. If you want to benefit from this improved service, please opt-in.
More Info
Accept Cookies
FREE Next Day Delivery as standard on orders over £49.
Free delivery on all orders over £49•
Sale now on - check out our deals here ›
Pond Points Loyalty Scheme 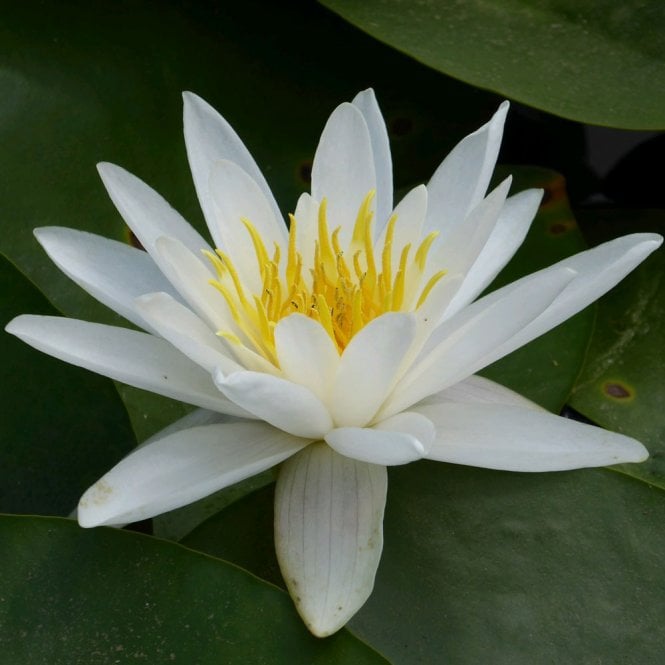 Code: P-ALBAW
Item in Stock Item out of Stock | Usually dispatched within 24 hours
Loading...
Earn with this purchase

Britain’s only native water lily has handsome green foliage and white, but not prolific, flowers. Best grown about 1 metre deep, but it can grow in up to 3 metres of water if allowed to adjust very gradually, since its growth rate at these depths will be significantly slower. Plant in still water away from splashing fountains. Lower gradually so the leaves can stretch to the surface within a few days. Remove dead leaves and flowers during the growing season.

Pond Planet Water Lily Guide:
Water lilies are best placed in still water away from constant splashing and water flows from the likes of fountains and waterfalls. Lilies grow best in full sun but can tolerate some shade. When placing lilies into the pond make sure to lower them in stages to allow the plant to acclimatise to its new depth, this way the leaves can stretch to the surface during each stage of the descent.

Lily spread and planting depths are provided as a guide only, with the depth being the amount of water above the crown. In shallow water excessive leaf growth will rise above the surface and reduce flower blooms. The leaves of lilies shade the pond providing shelter for fish from predators such as herons. The reduction of sunlight helps reduce algae growth. Make sure to remove dead leaves and flowers during the growing season.

Code:
Be the first to review Nymphaea Alba - White Lily. Write a review