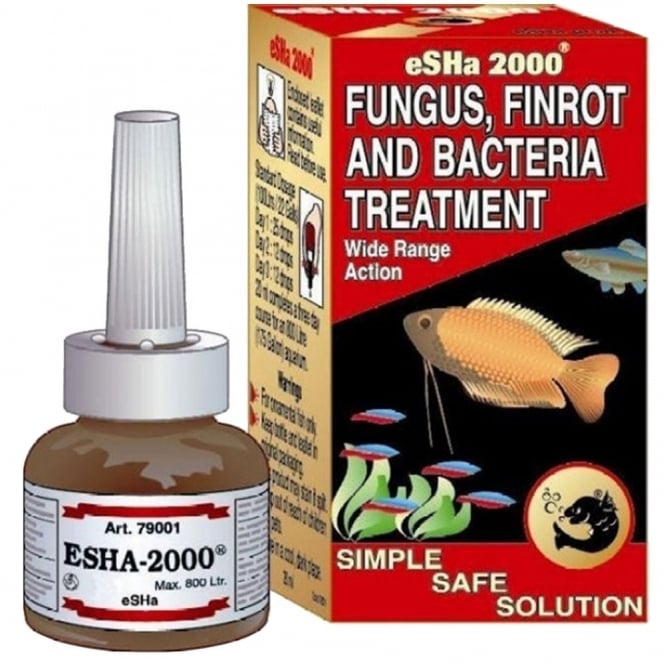 The combination of eSHa 2000, eSHa Exit and/or eSHa gdex gives you an extremely broad range of action.

Use eSHa 2000 Fungus Finrot & Bacteria Treatment if your fish exhibit any of the following symptoms:

Delays to delivery by royal mail are a joke. Consider using a different courier as waiting 5 days for meds that fish need is unacceptable.