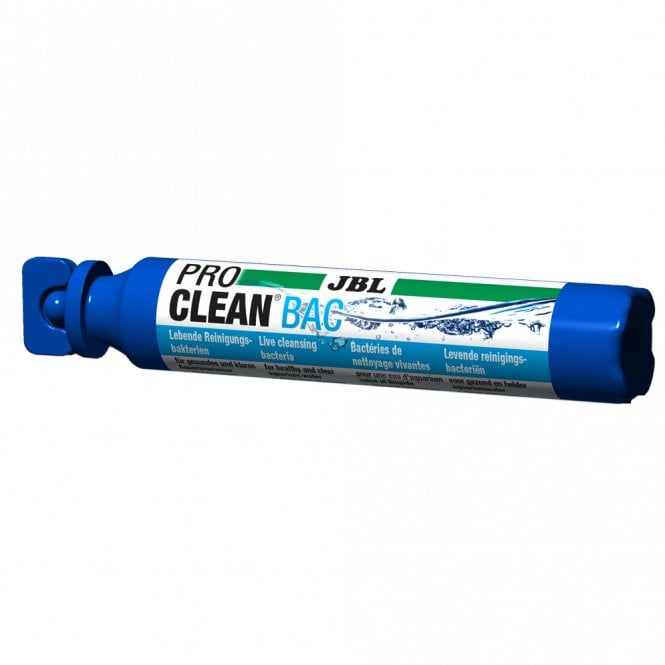 Bacteria are not always negative organisms, in aquarium set-ups, they are the most important and useful helpers. Bacteria carry out the important task of removing toxins or converting them into harmless substances. The JBL ProClean Bac contains highly concentrated beneficial bacterial strains designed for converting problematic nitrogen compounds, such as ammonium (NH4), ammonia (NH3) and nitrite (NO2) into harmless nitrogen compounds such as nitrate (NO3) or nitrogen gas (N2).

Live bacterial cultures in JBL products like JBL ProClean Bac, JBL Denitrol, JBL FilterStart and JBL FilterBoost can’t be overdosed. This is because the bacteria may be added in over-concentration, but the survival of the bacteria is linked to the availability of nutrients. For example if a large amount of ammonium is present, many bacteria can survive and reproduce using it as their food source, but If there is hardly any ammonium, only a portion of the bacteria will survive.

How to Use:
Shake disposable cartridge, open and pour entire contents into the aquarium. Ideal for 60-200 litres of freshwater.